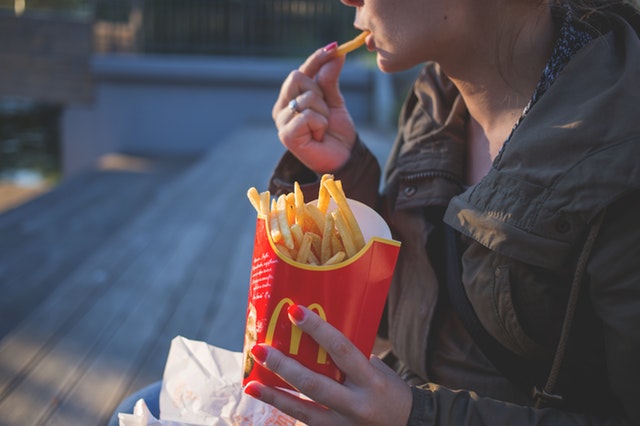 Last Tuesday, McDonald’s shares opened at an all-time high due to an exceptionally strong performance in the preceding quarter.  Looking at McDonald’s recent initiatives, it’s no wonder that they are performing so well: clearly, they made the realization that McDonald’s is more than just cheap fastfood, consistent quality, and quick service. In particular, three bets have paid substantial dividend: premium burgers, chicken sandwiches, and discounted beverages.

Premium Burgers
McDonald’s has long been criticized for selling food that is… well, not really food. Some of it may have been just, but it’s just as much a result of McDonald’s brand: how can a burger that is dirt cheap, and cooked in less than a minute (if it’s not already cooked) be of high quality?
This negative branding was further exacerbated by Morgan Spurlock’s documentary Super Size Me, which added fuel to the fire; however, since then, several researchers have disproven Spurlock’s results. We’re not trying to defend McDonald’s, nor are we necessarily advocating their food; but the point remains that part of the perception of McDonald’s burgers being garbage comes from McDonald’s branding.
To remedy this negative brand perception, McDonald’s has launched a range of various premium burgers, its Signature Collection for example. The burgers are quite pricey, takes a while to cook, and are a bit more creative with regards to ingredients. Of course, these relatively expensive burgers leave room for fat margins -- we say relatively, McDonald’s still needs to maintain its price position against Five Guys, Shake Shack etc. But more importantly, the higher price conveys that the burger is of decent quality, which reaches an upmarket segment that previously would not have gone to McDonald’s; and finally, it creates a spillover effect by positively influencing the quality perception of fewer premium products.

Chicken Sandwiches
McDonald’s business model has long been built around generating profit through high sales, but with thin margins. Consequently, their customers have traditionally been price sensitive and exhibited low willingness to pay. But alongside the above-mentioned re-positioning effort, McDonald’s is increasingly attempting to target an upmarket segment with a higher willingness to pay by putting products on the menu that appeal to a more health-conscious customer segment.
Once again, we do not advocate McDonald’s as healthy food (rumor has it that their salads are among the most unhealthy items on the menu), not even after the launch of chicken sandwiches. But, at least, chicken is a seemingly healthier option.
Clearly, McDonald’s understands what drives value for their customers; in general, we’re all becoming more health-conscious, and especially consumers with high willingness to pay gain great utility from healthy products. McDonald’s embraces this, which also allows them to charge comparatively higher prices, improve profitability and enhance their bottom-line.

Discounted Beverages
Hold up… We just made the case that McDonald’s recent success came from higher prices. However, for McDonald’s it was evident that their customers did not nearly gain the same value from their beverages as food items; a McDonald’s coke is the same as the coke in the supermarket next door and the coffee is not that different from the Starbucks filter coffee; consequently, willingness to pay for these items is low. Note how the discounts have not applied to more differentiated products such as smoothies.
A winning pricing strategy is not solely about raising prices wherever possible; it’s also about identifying low-value items and price them accordingly so no customer will feel inclined to eat at home because he is craving a beverage, but won’t pay McDonald’s prices.