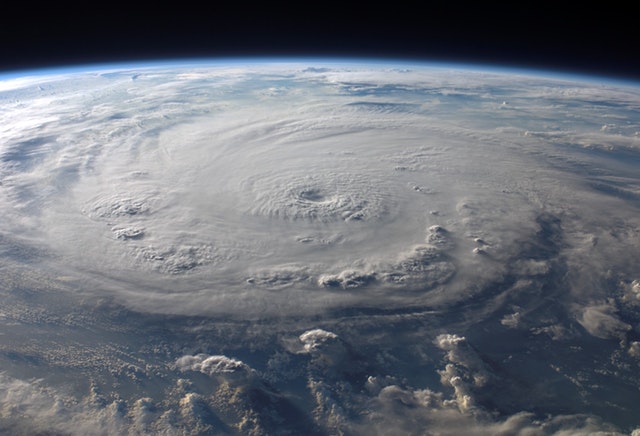 The recent hurricanes have spawned a debate on how retailers in the impacted areas should set prices during natural disasters such as these. On one side you have the people arguing that raising prices, or refraining from lowering prices on necessity goods is unethical during such times, as people are forced to stock up on such goods. On the other side you have the people suggesting that dynamic pricing, i.e. setting a particularly high price when a natural disaster occurs as this will discourage people from buying more than they absolutely need, and hereby distribute the goods evenly amongst people, rather than leaving some without water and food.

In the short-term, it’s an indisputable fact that businesses would make substantially more by dynamically pricing their products during a natural disaster. In essence, people’s lives are at stake, and just as we know from the pharmaceutical industry, this generates tremendously high willingness to pay and very low price sensitivity. To take it even further, due to limited stock, businesses would be best off auctioning items away to the highest bidder, and make a lot of money. Of course, this is a very short-term approach, but many economists argue that this is exactly what businesses would do if they weren’t restricted by various price gouging laws.

In the long-term, such an approach may or may not be profitable. As you may imagine, hiking prices around a natural disaster will make customers very angry as they feel unfairly treated: and unfairness has a detrimental impact in the long term. Whether the short-term profit benefits outweigh the negative impact from the unfairness perception is what will determine whether businesses should or shouldn’t raise prices in such times.

Exploiting people for profit in such horrible times as a natural disaster certainly doesn’t sound fair – but what if, the economist will ask, ‘’exploiting’’ people will lead to a more even distribution of the goods? What if raising prices will prioritize the fairness of an even distribution over the fairness of queueing? That’s the question that proponents of price hikes leave us with.

Which is more important? Even distribution or first-come-first-served?

However, nothing seems to suggest that hiking prices would lead to an even distribution. When we’re talking necessity goods, which food and water are in nature, the price sensitivity is close to 0 when there is excess demand and limited supply – and while the marginal utility obtained from these goods is diminishing, some people will have a wealth-level that keeps their price sensitivity close to 0, despite the diminishing marginal utility. Consequently, dynamic pricing won’t keep people from hoarding food, but reserve the hoarding for wealthy people.

From a business perspective, this is bad for the brand. Not only are you perceived as exploiting a natural disaster to generate more profit than the customer believe you are entitled to (we call it deviating from your reference profit), but you are also allowing wealth to determine who gets priority for the items.

It is my view that aiming to achieve as fair a process as possible will be best for long-term profitability, as the impact on the brand of unfairness is very significant. Which leads us to the next section.

Ultimately, achieving fairness during a natural disaster is about aiding the ‘market’ in obtaining a social equilibrium.
In times such as these, the objective is to achieve a somewhat even distribution, and allowing the markets to freely function (e.g. by dynamically pricing goods) won’t make this happen, and nor will it achieve a socially optimal outcome.

During a natural disaster, there is limited stock, and so, if consumption is concentrated, it prevents the rest from fulfilling basic needs. In other words, when a person buys a gallon of water which is not crucial for fulfilling his basic needs, this prevents someone else from drinking enough water, which gives rise to market failure in the form of externalities. There is a ‘social cost’ to overconsumption, but this cost is not faced by the buyer: it’s faced by a third-party, and thus not accounted for in the buyer’s purchase decision. When the overconsuming buyer pays at the till, he only sees the amount he is paying, and not the person that will be starving as a result of his purchase. Therefore, some form of intervention is required to make sure that the social cost of overconsumption is considered.

Both dynamic pricing and first-come-first-served will lead to some people overconsuming, and create a suboptimal distribution of goods. Instead, a way of ensuring a more fair distribution is to put a limit on the number of items that can be purchased. In that way, consumption won’t be concentrated. However, above I did write ‘a somewhat even distribution’ for a reason: obviously, a family with children needs more items than a single person living alone to fulfil basic needs, which ideally should be accounted for, too, for example by allowing purchase limits to be extended to people with documentation of additional need.

Summary: Ethics is Good for Business

The ‘dynamic pricing’ argument in this case seems very weak, and mostly an ideological argument or a way to decrease the unfairness perception that arises when some retailers choose the short-term approach of hiking prices. On the other hand, lowering prices and allowing people to hoard goods won’t achieve a fair outcome per se: while ‘queueing’ seems more fair to a lot of people than letting wealth determine who gets priority, it still doesn’t deal with the social cost that arises from overconsumption.

In conclusion, to deal with a natural disaster as fairly as possible, and aid your long-term brand, I suggest the best way is to establish purchase limits with room for exceptions for those with exceptional need.