Prestige Pricing: Rated Suitable for Everyone 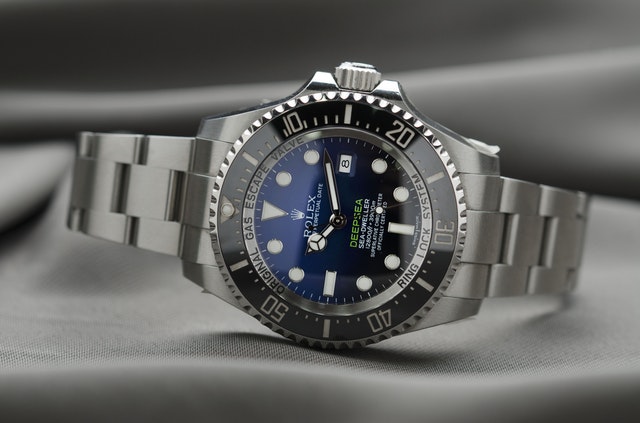 One of the key functions of price is that it conveys value to the buyer. A high price signals high demand relative to supply, and so, if you own a high-priced product you're 'something special'. Moreover, simply the fact that you have the financial resources to buy a high-priced product implicitly sends messages that are dictated inappropriate by social convention to say explicitly: a Rolex on your wrist implicitly says that 'I make so much money that I can afford spending ten grand on something so unnecessary as a watch'; sending your kids to an expensive school or college implicitly says that ''I'm giving my children a good education, which means I'm a good parent" -- I'm not saying everyone is thinking that when paying a tuition bill, but something along those lines is communicated with such purchases.

It goes for all products that price setting is a key component in branding. A high price makes prestige branding seem more credible: for instance, an advertisement for a wool jumper may depict a manufacturing process where the jumper is handcrafted by an old, grandmother-like figure in a cozy living room in front of a fireplace -- while you know that this is probably not entirely true, you certainly won't believe it if the jumper is sold at twenty bucks.
KEY: a high price needs to be supported by a premium brand, and a premium brand needs to be supported by a high price.

But my product isn't a premium product?
Right -- most businesses don't actually sell a premium product; at least, not in the same league as Louis Vuitton, Rolex or Dom Perignon. But that doesn't mean you can't employ a prestige pricing strategy. First, premium pricing can be exercised in a certain market; Nike is definitely using prestige pricing, but a pair of Lanvin kicks still cost 5x more. Of course, Nike is not in direct competition with Lanvin; instead, the price is set on the basis of Adidas and Puma prices -- and compared to these products, the price is, indeed, higher.

Moreover, you don't need to be selling a premium product to convey a premium image. For example, many SaaS firms will have an 'Enterprise Edition' with either a very high or no price tag at all. Especially for small startups, this edition is rarely (if ever) sold, but it makes the company seem like a big deal since big enterprises usually are more focused on quality instead of price.
One time, I spoke to the head of a discount brewery: he claimed that their beer was just as good as the competitors', it even won first prize in several blind tastings; and yet, customers would report back that they thought the taste was inferior.
Of course, what did he expect? When you sell beer at $0.50 a bottle, customers assume it tastes ... bad.

In response to this negative feedback, the brewer produced a new beer. Granted, some of the ingredients were upgraded a bit, but the beer was essentially the same. However, the bottle was redesigned and the price was 10x higher. The brewer didn't expect to sell much of this beer, but that wasn't the point either. He wanted to demonstrate that the brewery was capable of producing 'high-quality beer', and obviously, this brand perception would 'spill-over' to the discount beer, too.
And there are several other examples such as H&M doing collabs with high-end brands such as Alexander Wang and Rick Owens.
The key here is that low-cost brands can still create a premium perception by using principles from prestige pricing.

Can your brand carry the weight of your price tag?
I want to finish off with an encounter I had with a watch enthusiast. I had seen an increasing number of celebrities wearing Hublot watches, and I was curious how this watch was positioned compared to rivals such as Rolex, Omega and Patek Phillippe. His opinion was clear: Hublot, founded in 1980, was 'hot air'. They hadn't built their brand up from scratch like incumbents, whose brands were created by continuous innovation in the field of watchmaking -- instead, Carlo Crocco (Hublot founder) had aggressively marketed the watch, eventually receiving attention and endorsement from royals and prominent figures such as Elton John. One could say he built the brand overnight, but nevertheless this brand is what remains the foundation for Hublot's sales and astronomically high price. Hublot came from nothing, and sold nothing before this brand was in place. But the price was right from the beginning, and so was the marketing. And today, Hublot is still prospering.