eCommerce Pricing: The Ultimate Guide to Winning the Pricing Game 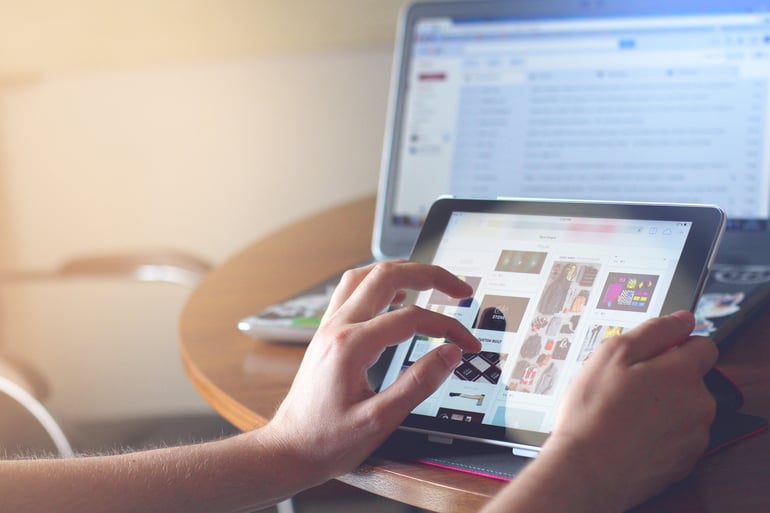 In year 2000, Amazon made headlines with the so-called ‘DVD pricing scandal’ when it was revealed that customer data were logged and used to set different prices based on customer loyalty. 17 years ago this was completely outrageous, and leading marketing experts described this practice as a ‘terrible idea’, ‘sneaky’ and ‘unethical’. Yet, Amazon is today the 4th most valuable company in the world, Jeff Bezos is one of the richest people ever to have walked this earth, and yes, Amazon’s prices are still yo-yoing at the speed of light.

Amazon’s pricing practices were truly a demonstration of the company’s pioneership. Back then, only 6 years in, Bezos knew that eCommerce firms had unique opportunities when it came to pricing. He knew that he didn’t have to play by the same, cemented set of rules that his brick-and-mortar counterparts had to play by, and by seizing this competitive advantage, he turned Amazon into one of the most successful companies in history.

Today, eCommerce firms still have a competitive edge when it comes to pricing, but as competition becomes increasingly fierce, the demands are higher, too. In this article, we shall review the most common pricing strategies out there, and discuss how you set the best prices for your eCommerce site.

A few remarks on why you should bother with pricing…
Unfortunately, sophisticated pricing won’t guarantee you a business of Amazon’s proportions, but it really is one of the most important parts of your business. According to a McKinsey study, a price improvement of 1% (i.e. moving the price 1% in the right direction) will lead to a 10% increase in profits. Moreover, studies have found that online shoppers are particularly price-sensitive (more than 90% of online shoppers identify as bargain hunters): they are accustomed to price comparison websites (these generating 20% of eCommerce traffic, on average), and the online platform makes it more difficult to compete on non-price parameters compared to the ‘in-store experience’ in the brick-and-mortar stores.


Cost-Plus Pricing: Using a Fixed Markup
Usually, when ‘cost-plus pricing’ is mentioned, most marketing- and pricing professionals throw a tantrum due to the simplicity of this approach (At PriceBeam, we do that, too!). However, when it comes to eCommerce pricing, using a fixed mark-up isn’t frowned upon as much. While value-based pricing is advocated, also for eCommerce firms, the reality is that many of these firms sell thousands of products, rendering it impractical -- if not impossible -- to price each and every product according to value-based pricing principles.

Executing a cost-plus pricing strategy for your eCommerce firm ultimately comes down to two things: 1) Make an accurate estimate of your cost-base, and 2) Determine an appropriate profit-margin.

First, where most firms go wrong here is that they fail to take into account all costs, such as the cost of R&D associated with said product. The point about cost-plus pricing is that the costs associated with the product are covered by the price, and hence, this includes sunk costs such as R&D, acquisitions, etc. Second, many firms tend to be too optimistic in their cost projections, and end up facing higher cost and lower profit-margins. When it comes to cost-plus pricing, it’s better to be a bit conservative in your estimates.

Ideally, a profit-margin is based on willingness to pay analysis, but then we’re back where we started, right? Instead, for simplicity, you can look at competitor prices, product type and the segment you’re selling this product to: Are the competitors making a reasonable profit, or are their margins razor-thin? Is this a luxury product, where the negative correlation between price and sales is weak (or non-existing)? How price-sensitive are the customers buying this type of product? Keeping these questions in mind, it’s time to set your prices. And test them, again and again.

Competitor-Based Pricing: Market-Monitoring is Key
Similar to cost-plus pricing, competitor-based pricing has been widely criticized for its many flaws (by us, for instance). But the reality for eCommerce firms is that they are highly interdependent when it comes to pricing, both because price comparison is super easy, and because it literally takes two seconds to move from one ‘store’ to another.

Now, basing your prices on competitors does not mean you should aim to have the lowest prices in the industry. You may consider it winning if you have the lowest prices and the highest sales, but you’re really not. (Amazon agrees, by the way). Even for eCommerce firms, there are several other competitive factors that win over customers, and you can easily get away with setting higher prices than the rest of the bunch, as long as you make up for it in terms of value (e.g. customer service, delivery, design). But when your competitor launches a new promotion, it may be wise to lower prices a bit so he doesn’t poach all your customers. Remember, it’s only temporary.

Similarly, once your competitors have spent all their funding on pointless promotion campaigns and ‘staying competitive’ (do you sense the sarcasm?), you can raise prices again to capture more profit.

Value-Based Pricing: The eCommerce Way
As mentioned above, it is impractical for eCommerce firms to conduct willingness to pay research for every single product they sell. But online vendors can still set prices that are -- pretty much -- matching the customers' willingness to pay.

eCommerce firms have a vast amount of data available which can be used to detect patterns, analyze behaviour, and most importantly, to identify customer preferences.
It does, however, require that you think a bit outside the box: let me give you an example.

A traditional method for measuring customers’ willingness to pay is the conjoint analysis, where a group of respondents is asked to rank different product attributes and indicate the value they place on these attributes. For a firm selling only a handful of products, it makes perfect sense to manually set up and issue questionnaires: of course, for an eCommerce firm, it does not. But similar analyses can, in fact, be conducted -- for instance, by using clickstream data. If customers tend to bag green Nike t-shirts at $25, but won’t bag red Nike t-shirts before the price is down to $23, you can base your conjoint analysis on this pattern.

And, as you know, there are several other similar indicators: What computer is the customer using? Where does he/she live? Does the customer exhibit “bargain hunting” behaviour? Using all these to ‘score’ the customer's purchase power enables you to develop an efficient value-based pricing strategy for your webshop.

Dynamic Pricing: Tying it All Together
All of the above can’t stand alone. They should be tied together, making an efficient dynamic pricing strategy, where prices are varied both based on input costs, competitor prices, and customer data. It is, after all, this flexibility that makes online pricing so superior to brick-and-mortar pricing, and once you got a great dynamic pricing model in place, you can vary prices as much as you want. The result is substantial profits, better customer understanding, and overall, you become one of those rare sustainable eCommerce firms that will be around in both one, two, and ten years.