Pricing Power: And Why Apple is Losing it 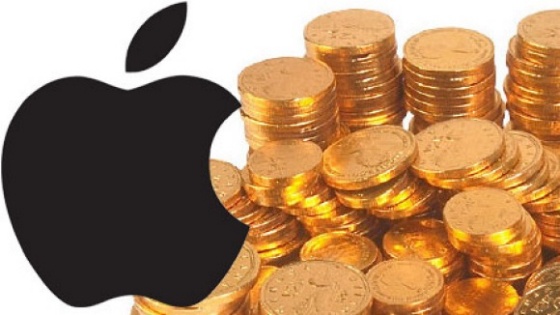 Pricing power is a term that is used to describe a situation where you can hold prices or even increase prices without losing market share or sales volume in the face of increasing competition. As such, pricing power comes from several different aspects of your business. It comes from innovation, differentiation, decommoditization, market focus, and superior marketing that generates a brand value higher than that of the competition.

So let's examine companies that historically have been best on pricing power. Among the most well known are Apple and Starbucks. In this article we will cover Apple, focusing on Starbucks in a future article.

Apple created the personal computer industry. They were the first company to create a personal computer that could be useful for something else than just having different lamps blinking sequence. The first Apple models had word processing, spreadsheets and other programs that made them useable. They innovated. They continued to innovate with the Macintosh, the first mass-market computer with a graphical interface. At the time, productivity PCs were mostly IBM and IBM clones, but the Mac, which was substantially different, was successfully sold at astronomically high prices compared to those IBM machines and IBM clones of the time. Apple created the iMac, the first all-in-one personal computer; monitor and computer combined. In stark contrast to the beige computer boxes of the time, it came in succulent translucent colors on top. It was sold at twice or more than the price of those IBM PCs. And Apple continued with innovation. They created the ecosystem that made MP3 players usable and the created the iPod to be part of that ecosystem. The iPad and iPhone were successful because they could leverage that ecosystem. In fact, the iPad and the iPhone both became entirely new product categories. For years Apple’s innovation and differentiation lead to pricing power, and they could command high prices without sacrificing sales volume. See the charts below. Until relatively recently, when it has become clear that innovation has slowed down. Analysts and commentators overall have been underwhelmed with the last few years product offering from Apple, and it is now apparent that consumers agree. One can argue that Samsung and several of the Chinese smartphone manufacturers produce more innovative handsets, that the Microsoft Surface is a more innovative tablet than the iPad, and that Dell and Lenovo make more innovative laptops. Many say that Windows 10 is as user-friendly as Apple's MacOS. And this is starting to show on Apple's pricing power; fewer potential customers are willing to pay Apple's high prices for products they don't perceive as so innovative as they used to think. Apple is losing pricing power, and sales at their high prices are slowing. Apple's products have always been priced high but the company always (well, almost always) were able to find a sufficiently large market for its products. Tablet sales peaked in 2013 and iPhone sales reached its pinnacle in 2015. Apple's computer sales have also flattened out and are slightly down for 2016. They missed their financial target. 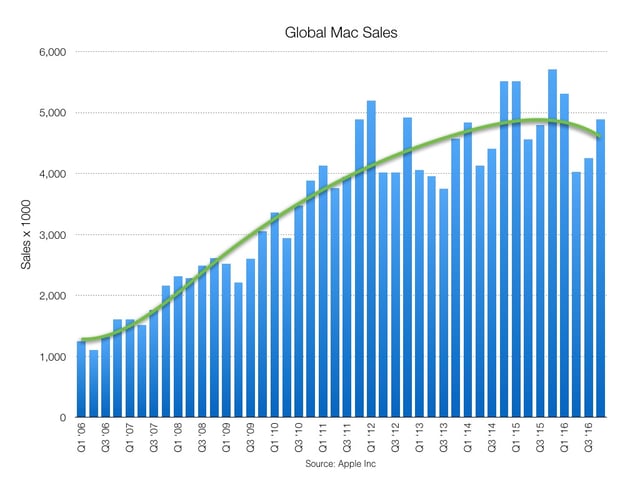 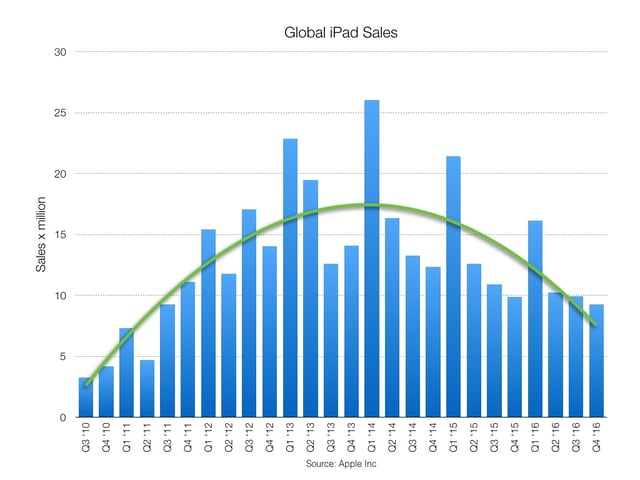 So what is the lesson to learn from Apple?

Two things. First, that it is possible to innovate and find new ways to serve customers in a commodity market. To decommoditize a commodity product and therefore earn pricing power. To step out from the race to the bottom and differentiate a product in such a way that customers are willing to pay higher prices. Secondly, that innovation cannot stop, and to keep that pricing power, companies need to continue to innovate better and faster than the competition.

Decommoditization is the result of successful innovation and differentiation. But what also comes with the decommoditization is the need to focus on a particular market vertical. Differentiation means that your product or service will only appeal to a smaller portion of the market, those in the market that appreciate the differences that are specific to your product or your service. Those differentiators that make them different to a commodity product. Think of it as a spectrum. On one side of the spectrum is a commodity product that appeals to all potential buyers, but where the lowest price alternative will get the sale, and on the other end of the spectrum an entirely custom product that only appeals to a single purchaser. Pricing power follows the spectrum - from zero for a commodity product to high for an all custom product. The more you can decommoditize your product or your service the better your pricing power becomes, but the smaller the market, eventually becoming so small there is no point in going to market with the product or service. So the trick is to find that point on the spectrum where you have a sufficiently large market for the product (or service) and that they are differentiated sufficiently to gain pricing power.

For many companies, the hard part of the market focus is to say "no" to customers not willing to pay your premium price for your innovative, differentiated product. Saying "no" means a focus on revenue and profits, not on market share. Finding that balance between the size of the market for the decommoditized product and the pricing power.

For Apple, this obviously has worked up to just recently. Apple has around 15% of the global smartphone industry and generates more than 95% of its profits, and has around 10% of the PC market and make more than 50% of the industry's profits. But with falling pricing power, to keep sales volume constant or growing, their choice is to lower price (which they have not done) to keep sales growing or resume innovation to regain the lost pricing power.

Finding that sweet spot on the spectrum between a commodity product and perfect custom product; between no pricing power and total pricing power; between mass market and a market of one, is a decision that is too important to leave to guesswork. Instead, pricing research should be used to find the right price for the product. To measure and discover what price point is congruent with the differentiation of your product or service.

The right price. The price that ensures you do not leave money on the table and that you get the resources to continue to innovate, so you can keep your pricing power and grow profitably!