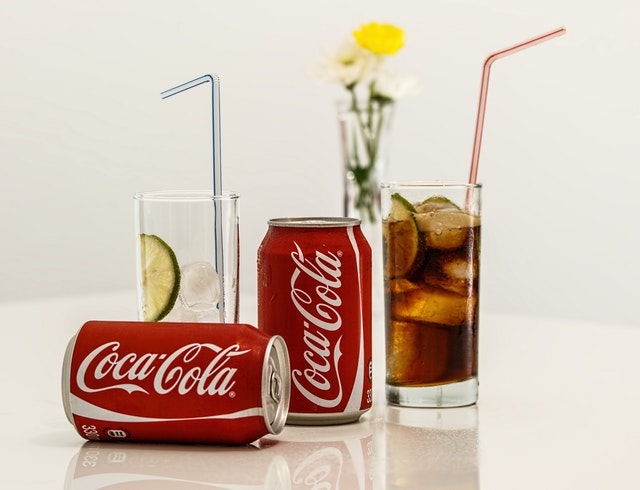 When is the last time you saw a Coca Cola commercial with a price tag in it? Or one that mentions/promotes how a Coca Cola tastes? Other than the ones mentioning the ‘taste of happiness’ or ‘taste the feeling’, you won’t really find any examples of this because that is not what Coca Cola’s brand is about.

Sure, most people love the taste of Coke. But did you know that Pepsi consistently outperforms Coke in blind tests? This is actually referred to by marketers as “The Pepsi Paradox” -- Pepsi, being this quintessential challenger firm, are evidently delivering a better product, but the superior branding from Coca Cola is much stronger.

The Coca Cola brand’s emotional appeal goes way back. During World War II, American troops that were overseas fighting in the war were provided with Coca Cola, and both the soldiers and locals got a taste for it. Quickly, Coca Cola would become associated with American patriotism and America in general -- remember, this was before the world had become globalised, making Coca Cola one of the first Western/American brands that locals in regions such as North Africa and Asia were exposed to.
The associations with America and the West persist, but today Coca Cola’s brand is about happiness, friendliness and good times.

There is nowhere in the world where building such a strong brand is easy -- but some regions have been harder than others.

The Middle East has historically been a very tough region to penetrate. First and foremost, this is due to the Coca-Cola boycott by the Arab league from 1968-1991, as a reaction to Coca Cola’s settling in Israel. This created an inherent hostility towards the brand in the populations of these countries, something which Coca Cola has been battling ever since.

Moreover, as mentioned above, Coca Cola’s association with the West, and particularly America persists -- and when there is political tension between the Middle East and America, Coca Cola’s brand suffers.

The obstacles are clear, but the solution is not -- mostly because a lot of the challenges are not in Coca Cola’s control. How can one company change the way an entire region perceives a country? And how can Coca Cola convince an entire region that they’re with them, and not against them, despite what political leaders have been telling them for decades?

It turns out, if you’re a branding expert you can come up with solutions to both.

In all regions, Coca Cola is about bring people together -- but in the Arab World, bring people together in local communities was insufficient. Instead, Coca Cola wanted to convince Arab consumers that they should embrace both each other and those from the West. Enter, Coke Studio. Coke Studio is a music television series that gained huge popularity, bringing together international music artists with Arab ones. The international artists collaborate with Arab artists, and create fusions of songs, where they mesh unique genres of music that represent both parties.

This show beautifully combines Coca Cola’s brand virtues happiness, friendliness and good times with celebrity endorsement of not only the brand, but also its virtues -- and is an encouragement to join hands with the rest of the worlds, and of course buy Coca Cola.

This initiative has been hugely successful, and has helped Coca Cola regain its strength in the Arab region.

The Crazy for Good is a campaign that encourages people to perform random acts of kindness such as high-fiving a stranger, pay someone’s coffee, or plant trees around the city. This is not a local initiative per se, but it was a pivotal part of Coca Cola’s emotional brand building in the Arab world. As morale was low after the revolution in Egypt, many Arab consumers found this campaign inspiring and it was a huge success for Coca Cola.

Despite the unfortunate circumstances, the Egyptian Revolution formed a great opportunity for Coca Cola to ‘strike back’ after the boycott in 1968-1991. Remember, this boycott was initiated by political leaders, and after a revolution the trust in political leaders is at a minimum -- and happiness and friendliness have become rare virtues that many were eager to restore.

Winning in a market is about truly understanding the consumers, and what the driving forces are behind their purchase decisions. For Coca Cola, the obvious reason that most people buy the product is the brand, and despite regional challenges that were (somewhat) out of Coca Cola’s control, they managed to win the consumers in the Arab region by addressing key issues.